Whenever you read a work of art that you find truly remarkable and delightful, you instantly get the wish to learn something more about its author. You become interested in the author’s life and personality. There are a lot of the interesting books you can read if you search for this kind of information.

Lives of Great English Writers from Chaucer to Browning

If you are interested in the English writers, you will certainly enjoy reading “Lives of Great English Writers from Chaucer to Browning” It was written by Walter S. Hinchman; Francis B. Gummere and published in 1908. Although it may seem like an outdated book, since it was written a century ago, it is really a timeless one. It will present you with a lot of the interesting facts from different periods and about various writers. You can read about the authors from the Puritan age, the eighteenth century, the age of Romanticism, and the Victorian age. 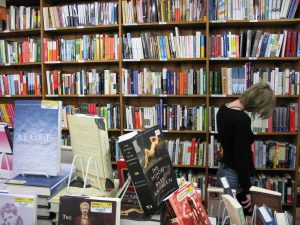 If your cup of tea is the writers from the 20th century, you should immediately find your copy of the “Great World Writers: Twentieth Century” written by Patrick M. O’Neil. This is a multi-volume book about the prolific authors who left their marks on the literary culture. It is very rich in information about the writers’ lives and works, as well as their significance for the world literature.

Titans of Literature: From Homer to the Present

The author of this book, Burton Rascoe, writes about the great writers and the time they lived in. He analyzes the author’s work and puts it into the timeframe of the culture-specific for that period. He gives his own analysis and observations gathered from the close reading of the works he writes about.

The Nobel Prize Winners in Literature 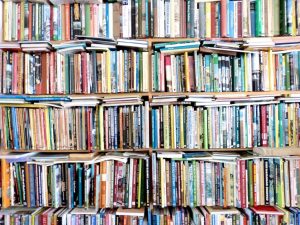 If you are interested in the writers who are known worldwide, whose work inspired and enlightened people and due to that is awarded the Nobel Prize, no doubt that you will like the book “The Nobel Prize Winners in Literature” written by Annie Russell Marble. The writer of the book has presented the research of different individuals and institutions and connected the biographies with her own comments on the works of the Nobel Prize winners.

“Russian Writers: Their Lives and Literature”

Every reader who likes the Russian classics would enjoy this book by Janko Lavrin. The author’s intention was to present the readers with the significance of the works of art that come from the Russian literature. The focus is on the literature of the 19th century when works of art from this part of the world started to be original and powerful. The author described the writers’ personalities and put them into the time frame of the historic and cultural period they lived in.

Want to learn more about online gambling? Read a book!

When someone mentions the word gambling, many people think a

Most popular art books from 2018

Being an artist takes a lot of talent, hard work, knowledge