The CEOs of the biggest publishing houses

According to the research conducted by NPD BookScan and the books purchase done by readers all over the world from the most popular retailers and bookstores, we got the list of the top five publishing houses. Penguin Random House, HarperCollins, Simon & Schuster, Hachette Book Group and MacMillan fall into this list. The question that arises here is who are the people who get the credits for making these houses so prosperous and popular among readers. Who are the CEOs that are responsible for most of the success?

This is a multinational publishing house with the headquarters in New Your City. Markus Dohle is the key person in the management of this house. He has been in this positions since July 1, 2013. Markus Dohle’s mission in the Penguin Random House is to get to the readers and arouse in them the love for books and reading. His wish is to collaborate with the writers and be the mediator between their ideas and creativity on one hand, and the readers, on the other. He dedicated his professional life to supporting writers and readers. Together with this position, he is also the Chairman of the Association of American Publishers. 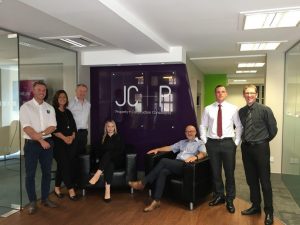 HarperCollins is the second greatest publisher in the globe. The headquarters of this company is in New York City, but it has publishing groups in many countries all over the world. The CEO of the HarperCollins’ leadership team is Brian Murray. He is also the President of this company. Since he became the CEO, HarperCollins developed from a traditional print publisher to both print and digital publisher in many foreign languages. Murray has been the part of this publishing house since 1997. In 2004 he was assigned the position of the President.

Simon & Schuster is an American publishing house established in New York City in 1924. Carolyn Kroll Reidy has been the President and the CEO of this house since 2008. Her role at this publishing house is very significant since she offers the readers new digital formats, such as digital audio and ebooks. She is also responsible for expanding the company to India in 2001. He is the part of the Simon & Schuster group since 1992 and since then he did a lot to improve it. She published works of many Pulitzer Prize winners, celebrities, inspiring figures, and children literature authors. Carolyn Reidy was on “The 50 Women to Watch” list compiled by the Wall Street Journal. 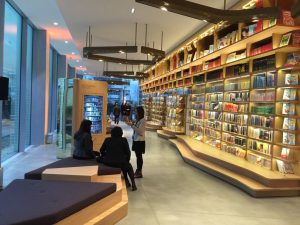 Hachette Book Group is the fourth among the most successful publishing houses in the world. It was founded in 1826 in France. Current CEO of this house is Arnaud Nourry. In 1990, he joined the Hachette Book Group as a Project Manager and became Deputy Chief Financial Officer in 1994, responsible for the acquisition of the Hatier Group. This acquisition was completed in 1996, and he was named the General Secretary of this new subsidiary in 1997, then the Deputy General Manager in 1999 and General Manager in 2001.

MacMillan Publishers was established in 1843 in the United Kingdom, by Daniel and Alexander Macmillan, two brothers from Scotland. The current CEO of this company is John Turner Sargent. He was made the overall head of Macmillan US (then called Holtzbrinck Publishers) in 2002. There is an anecdote that the reason he got into publishing business was that he didn’t get the first three or four jobs he applied for. He then finished a publishing course and that led him to find a job in a publishing company.

A large number of new businesses fail. That does not mean if

The path to finding a writing niche for freelance writers

You have just graduated and earned a degree in literature, j

Want to write about video games? Here are some ideas!

Ever since they first appeared a few decades ago, video game